I was a pretty active student in High School. I was in several extra curricular activities, clubs, and organizations. Much like how I am now, I liked to keep busy. One of my favorite activities was being a member in our school’s “advanced” choir. I didn’t actually meet Pooh until the last semester in 12th grade. He had joined choir when he moved to San Diego from Japan. It’s unfortunate that he had to move to another school in the middle of his senior year. His dad was in the navy so he had to move around a lot. My dad was also in the navy so I had to move around a lot too. He looked very “thug” and unapproachable so I didn’t really make any attempts to get to know him. Plus, I was too preoccupied with relationship problems, partying every night, and ditching classes during the day.

Strangely, we went to prom in the same group of people and sat at the same table, but we didn’t even know each other at the time. It wasn’t until we had a choir performance at some random church that we ended up meeting each other. My mom was supposed to pick me up but ended up calling me to let me know that she couldn’t make it. I had to ask my friend Jazmine if she could give me a ride. She said she’d have to ask her friend since he was giving her a ride and they weren’t going home after the performance. She said she was taking her friend to his first rave. I happened to be a big raver head at the time so I was all for it! She ran over to this guy’s car and asked him if I could tag along. As she ran to the passenger side she yelled, “he said it’s OK, get in!” So I jumped in the back seat and took my backpack off. The guy driving turned to me and introduced himself. It was the bald thuggish guy that I never talked to before. Despite his tough exterior, he had a shy timid smile. He was adorable…er and kinda hot. I had (still have) a thing for bald guys. I really liked hanging out with him that night. Despite the rave being incredibly wack, we had a lot of fun! He was really cool, nice, and funny. I loved his personality and he was so easy to talk to.

Since he was the new kid in town I introduced him to all of my friends. We ended up hanging out a lot. I didn’t have a crush on him at the time because….well…he was straight. I knew my boundaries and knew not to fall for guys I’d never have a chance with. I did end up telling him that I was gay after having known him for like 2 or 3 days. I was only out to a couple of people. Just a cousin, who happened to be bi, and the guys that I happened to “fool around” with. After I told him that I was gay I ended up having the confidence to tell all my close friends. My best friend actually was pretty upset that I came out to this guy that I’ve only known a couple days before him.

Pooh and I were great friends. Even after we graduated from High School we still hung out. He actually was there for me through a couple bad breakups. When I first met him, I had just recently ended probably the longest most serious gay relationship I had before Pooh. He was always there to be a good friend and support me through those hard times. He took me out to get my mind off things. We’d just drive around and when he’d ask me where I’d like to go or what to do, I’d say “I dunno, lets have fun getting lost.” Of all the random things Pooh and I do nowadays, what I enjoy the most is just driving around with him – not having any place to go or knowing where we’re going. Just playing some music and driving.

There were a couple moments when I’d look at him and daydream a bit, but I’d snap myself out of it. We all have been there – the straight friend or classmate that you crush on and daydream about but know it’ll never happen. There were just so many qualities about him that made me think that he was an amazing person. I was actually there for him and his own relationships. I remember one day he and I were driving around and he said that he was going to meet some girl he met online. I was like, “are you sure it’s a girl?” He laughed and said “of course!” Naturally, he found himself a girlfriend. I saw how sweet he was and how good he treated her. He was definitely a guy you’d want to bring to your parents. I was always very happy for him because he was such a sweet guy and deserved someone to make him happy. Sometimes I wished it was me.

Missed the first Chapter? Read it here!
Continue to Chapter 3!

Even having @groovapooh loosening me up didn't prepare me for @MorgxnThicke's 🍆 but I LOVED it! 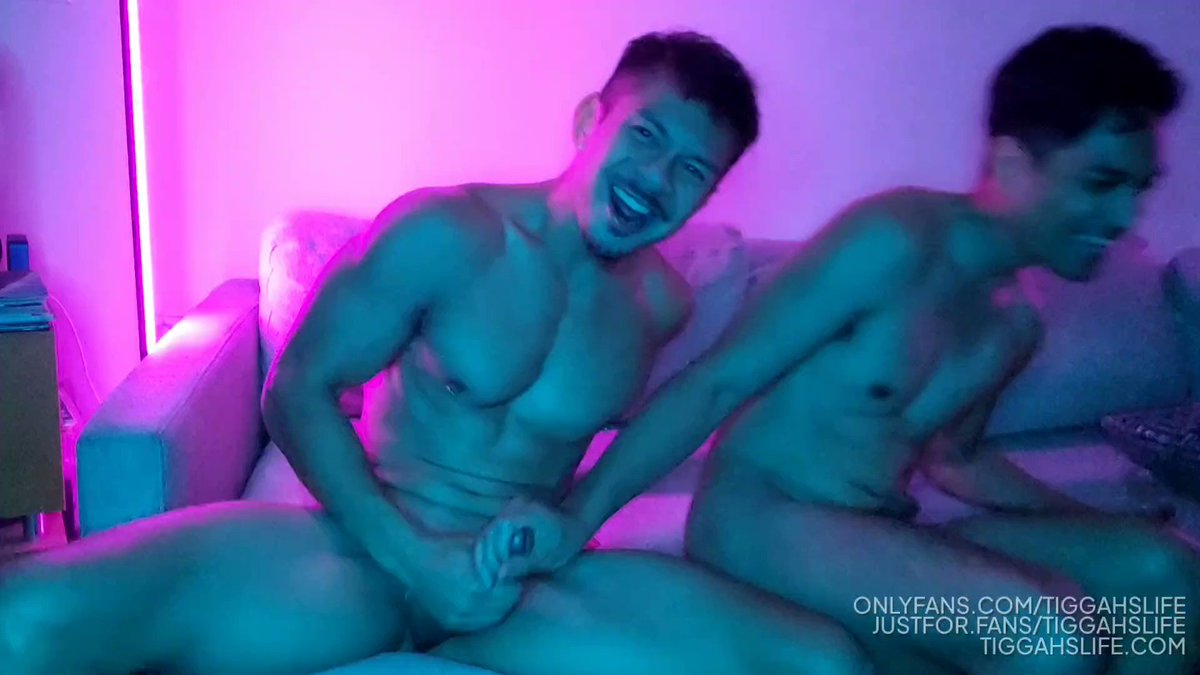 8 hours ago
@erecyeager Haha no harm in trying them out. Everyone's tastes are different. Most the reviews I hear r that they'r… twitter.com/i/web/status/1…
9 hours ago
→ Follow me

Passing @tiggahtigz over to @MorgxnThicke. He looks damn sexy topping him 😍 onlyfans.com/tiggahslife… twitter.com/i/web/status/1…
6 hours ago
RT @groovapooh: I miss my pink hair.. Should I dye my hair again??

6 hours ago
@throatgoatmf Awww we live in SD but most creators are in LA so it's drive up and down all the time. But it's fun!
11 hours ago
→ Follow me
Previous