Pooh and I are back from our vacation! It definitely feels great to be home. I have so much to share and so many pictures to post! Unfortunately, it’s straight back to work…but I’ll try to post pics from our trip to SF soon!

Posted in UNCATEGORIZED by Tiggah on August 25, 2007
5 comments 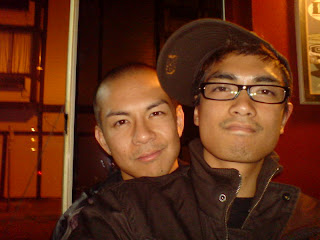 Our first time in the bay!

Posted in UNCATEGORIZED by Tiggah on August 24, 2007
3 comments 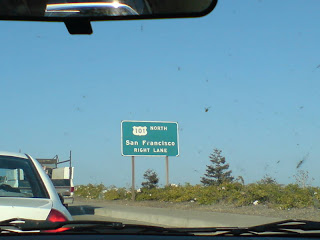 Pooh and I have never been to San Francisco before. It’s day 2 and we’re having so much fun. We’ve been to San Jose before but it was strictly for business and didn’t get to enjoy our stay.

Posted in UNCATEGORIZED by Tiggah on August 24, 2007
No comments 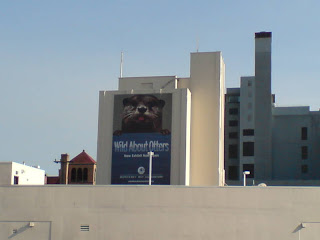 Posted in UNCATEGORIZED by Tiggah on August 24, 2007
No comments Tales Of The World 4 PSP

Pooh and I picked up Tales Of The World: Radiant Mythology this morning. I’ve always been a fan of The Tales series and absolutely love Tales Of Destiny for playstation! I can’t wait to check this game out! Anyway, we’re now off to lunch :)

This week was INSANE!!! I had such a loooooong, tiring, and busy week at work. I am so glad the week is over and I can just finally relax! I’m so excited because my vacation starts next week. :) Wuhoo!!!

Anyway, despite how busy I was at work, I was able to unwind and have some fun at night. I’ve posted some pics!

Tuesday:
Dinner with Pooh and Tribal at Chow!

I had Vietnamese Vermicelli Pasta

Tribal had Cashew Chicken but i dunno what happend to the picture (o.O)

Tribal and I had Pom Martinis (Pom Pomegranite Juice!) Yum :)

Afterwards, we moved on to Dolce Freddo for dessert…Sweet Red Bean Shaved Ice!

Wednesday:
Tribal has work till 12:30am….booo! So no Tribal tonight. :( Pooh and I had crepes for dinner at some place in NorthPark. I forget the name but it was delicious!

We stayed in and watched a tv the whole night :) It was a long day and we just wanted to rest!

Our friend from out of town was in town again! Time to party :)

So….all those bottles are now empty. I can’t remember much from that night…but I’m hoping I had fun :)

Friday:
I woke up with a HUUUUUGE hang over! No more shots…ugh. I had a hang over and was hurting all day… I also had to do 1.5 hrs of overtime…wow… :( After work I went to sleep. 7pm-9pm….woke up…Tribal came over and we all went n got dinner.

Afterwards, we went back to our place and I went back to sleep. Pooh and Tribal watched a movie. Wow…horrible hangover…I’m glad it’s finally gone.

Saturday: Omg long day of work…sooo long…no hang over though :) 2 hrs of overtime. GRRREAT! It’s over…so yay! We’re goin out tonight…keep your eyes open for my next post :)

Pooh and I were walking around downtown one night and I snapped this picture.

It looks pretty scary in the picture, but some reason it was quite the opposite in person. Perhaps it might of been because I was with Pooh. Maybe in person the downtown lights made it seem lighter. Maybe the hustle ‘n bustle of downtown’s nightlife distracted us. Or maybe it’s just because I’m familiar with the area. Whatever it may be, I like this image. There’s something about a dark pathway to uncertainty that intrigues me. Despite what awaits us on the other side, Pooh and I will get there together…hand in hand.

It reminds me of the song by Death Cab For Cutie – I will follow you into the dark.

Pooh and I spent the day at the beach. We figured, it’s a beautiful day, it’s hot, and we both seriously need to get rid of our tan-lines…so why not go to the beach? The water felt great! I usually don’t like going in the water but it was just soooo hot today. It definitely felt refreshing to jump in the water and spash around a bit :) I loved laying down and listening to music. It was nice and relaxing; I just wanted to fall asleep! And since it was monday there weren’t too many people. I’ve posted some images below.

time to get rid of them tan-lines!

Afterwards, we felt like having some Sweet Red Bean Shaved Ice from Dolce Fredo again! It’s excellent on a hot day like today :)

Phew, I’m stuffed! We’re going shopping later this afternoon…I think I have enough time to squeeze in a nap :)

Posted in ENTERTAINMENT by Tiggah on August 13, 2007
One comment

Pooh and I are huge fans of the series Weeds on Showtime. Season 3 just started airing recently and we just can’t get enough! Thank goodness for DVR!!! I am very excited that the new season started because it was a long wait. We’re thinking of having a Weeds marathon and watching seasons 1 & 2. Maybe…we’ll see :)