Pooh planned the most awesome birthday for me this year. He woke me up with a kiss and presented me with a gift. I was quite surprised because Pooh had already gotten me a guitar for my birthday (which I haven’t blogged about yet…so well, now you know!).

He got me these shoes that I fell in love with at Nordstroms. Pooh gave me an early birthday present. He knew I was wanting a guitar really bad. He was also worried I’d end up buying it myself because he saw me looking at guitars online a couple times. He got me a Black Huntington Acoustic Electric Guitar. I love it! I don’t know how to play, but I’m definitely learning! Pooh took me out for a birthday breakfast at Richard Walker’s Pancake House. We’ve always seen their advertisements in 944, San Diego Magazine, and San Diego Food & Wine but have never stopped by because the line was always huge! My birthday being on a Monday was definitely a plus since it wasn’t busy. The prices were pretty cheap and the servings were large. It was extremely hot out so we enjoyed our breakfast in the outdoor patio. It was delicious! Pooh had 3 pancakes, eggs, and sausages. I had Chocolate Chip Flap Jacks. MMMMMMM! After breakfast Pooh took me shopping. Wuhoo! I ended up not getting myself anything. :) I’m very much happy with what I have and what Pooh got me. We did, however, randomly decided to get ourselves an airconditioner for our apartment. The past couple of days were extremely hot and our apartment is like an oven. As much as I like to walk around in my underwear at home…and well, sometimes naked…it still doesn’t make the heat go away. We got a nice small energy efficient window unit for our bedroom. Pooh and I spent most of the day enjoying the AC….which led to my next birthday gift. Nothing beats birthday sex. :)

For dinner Pooh took me to the most amazing restaurant. Pooh didn’t tell me where we were having dinner at first. He told me to get dressed up real nice because he was taking me somewhere special. He drove us around downtown a bit and then parked in a Jack n’ the Box parking lot and said “We’re here!”. I chuckled a bit and he replied, “No really…we’re going here for dinner.” He had me going for a bit but then he got the car started and headed to where we were really going to eat. Pooh took me to The Oceanaire Seafood Room in downtown. It was incredible! Unfortunately, I don’t have any pictures. It was much too dark for my cellphone to take a decent picture (crappy G1 camera!…I knew I shoulda brought my K800i). Anyway, it was by far the best dining experience I’ve ever had. The service was 5 stars all the way. Everything from the hostess, to the wait staff, to the ambiance, to the food…everything was perfect! Well, almost everything. Pooh was a bit set back because his reservations were for 2 with booth seating but they placed us at a table. With that set aside everything else was great.

The crabcakes were highly recommended so we each ordered a crab cake for our appetizers to start. We had each had a glass of Sauvignon Blanc and toasted to my birthday. We also had a couple oyster shooters from the oyster bar. Pooh had never tried oysters before so I made him try ’em. He enjoyed them but still thought it was “weird”. For our main course Pooh had the Blue Crab crusted Baja Yellowtail Jack “Kid Dynamite”. I had the Proscuitto and Basil wrapped Tahitian Tombo Tuna (I ordered it medium rare but I think next time I’ll be adventurous and have it rare). The food was delicious! To top it off, our waiter came out with a Baked Alaska for dessert (which was on the house since it was my birthday!). The amazing part was he lit the contents of a gravy dish on fire, held it 2 feet in the air and slowly poured a smooth stream of flames onto the meringue. Just when I thought it was over, he sprinkled cinnamon onto the flaming meringue which made a great display of sparks. It was definitely an incredible and spectacular sight! Not only was it pretty, it was scrumptious!

It was a great all day birthday celebration with Pooh. Although I couldn’t capture all of the great moments with my camera, I’ll always cherish them in memory. Cheers to being one year older! :)

Batman and Superman: Battle of the Super Sons

THIS IS TOTALLY ME!

Extended trailer of the hot 40 minute video with @MorgxnThicke and @groovapooh. Yeah it was that hot that we filmed… twitter.com/i/web/status/1…
30 mins ago
@Henrix18c2 😊🥰😘
8 hours ago
@vjcheng 😊 haha I'm trying. Slowly getting to where I wanna be fitness-wise
9 hours ago
→ Follow me 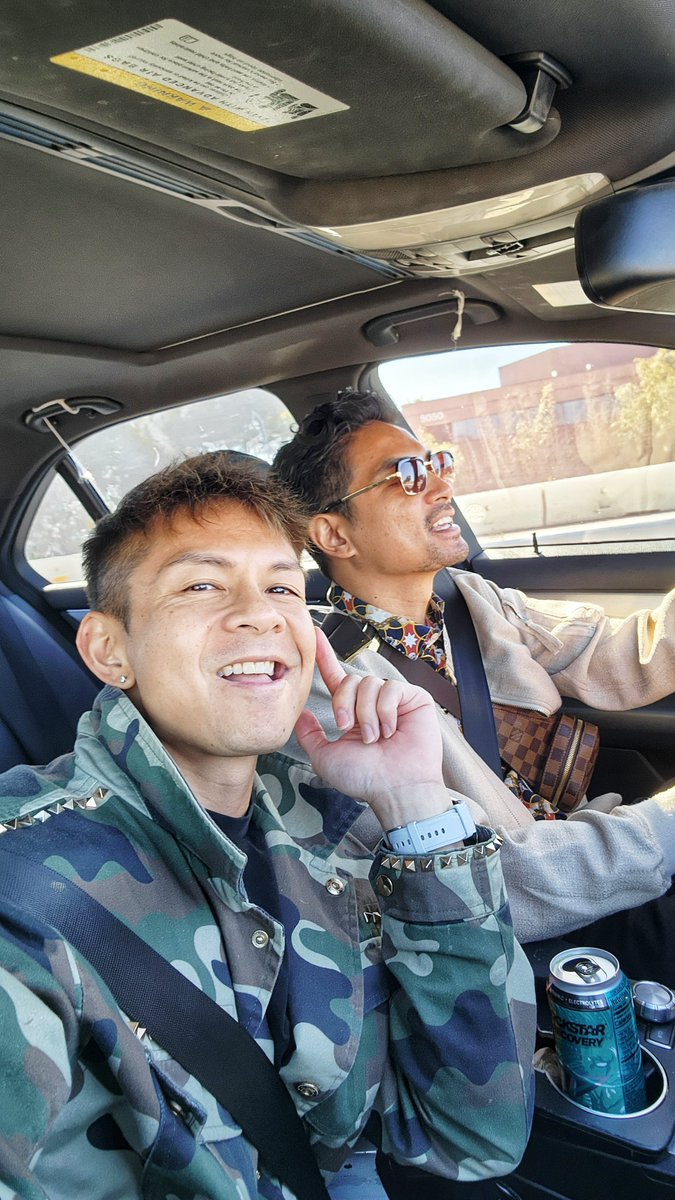